I stumbled across this Holistic Therapy website and thought it’s very organised and well-created. Maybe it’s a good idea to advertise on it? I was on the verge of doing so and thought why not use horary to check if it’s indeed a good idea? 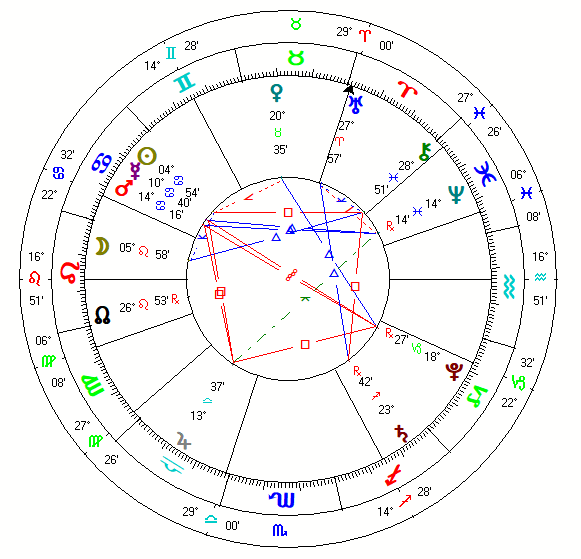 As I’m advertising my personal services, it’s what I’m presenting to the world. Rightly or wrongly, I took the 1st house to represent the advertisement. It is ruled by the Sun which is in 4 degrees Cancer in the 11th house. It’s okay, neutral in the sign of Cancer – it’s not dignified nor debilitated. 11th house – it’s not angular nor does the Sun rejoices in it.

The Sun combusts Mercury which rules the 2nd and the 11th house. This doesn’t seem like a good sign. I will presumbly be burning money (which won’t be seen) by the cost of the ad because of the combustion. I might not be distinguishable from the other practitioners (11th) on the website. This might be something to watch out for. Mars is under the rays of the Sun but not examined here as they don’t relate to my question.

Clients’ money is represented by the 8th house (2nd from 7th) and the ruler is Jupiter in 13 degrees Libra in 3rd. Neptune is in the 8th house. I’m ignoring it as it’s not the cusp of the 8th nor does it make an immediate aspect to any significators (although Jupiter’s nearly making an applying quincunx aspect to it). Lord 8 is in its term – client’s money is not great but better than nothing. Lord 1 and Lord 2 make an applying square to Lord 8, suggesting that there’s some money to be made from placing the ad though with delay and/or difficulty.

There’s some or a little money from placing the ad and that’s after some delay and/or difficulty. Would that cover the ad money? Most probably yes. So, based on business logic, as long as one can breakeven after placing the ad, there’s no harm in placing the ad.

A Look at Alamak’s Career